Paint It Black - The Soulful Strings 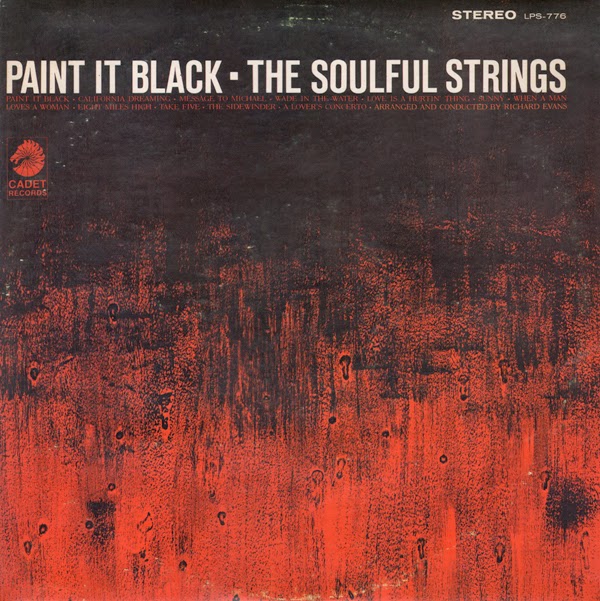 From the back cover: For years it's been an axiom in music circles that "strings can't swing" and based on a lot of attempts that I (E. Rodney Jones - WVON Radio, Chicago) have heard to the Soulful Strings album, I was ready to agree with the statement. Now, thanks to the efforts of arranger-conductor Richard Evans, producer Esmond Edwards, and some of the finest musicians available in the city of Chicago, we have a swinging, cooking album that features strings to a large extent but doesn't (forgive this) play second fiddle to any record in the grooving' department.

Paint It Black
California Dreamin'
Message To Michael
Wade In The Water
Love Is A Hurtin' Thing
Sunny
When A Man Loves A Woman
Eight Miles High
Take Five
The Sidewinder
A Lover's Concerto
Posted by By Mark Betcher at 3:39 AM