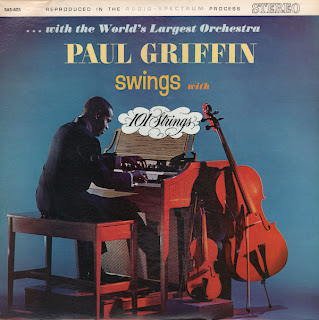 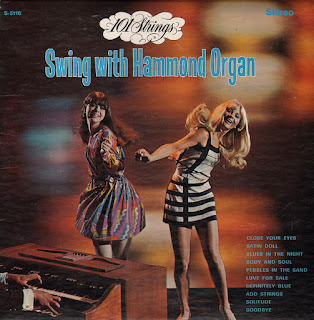 The album is an interesting hybrid of Griffin's Hammond Organ and the 101 Strings. A number of arrangers were apparently involved on this project and some of them weren't sure how to effectively blend the funky organ sound with strings. Love For Sale has that swinging Monty Kelly touch.

Close Your Eyes
Satin Doll
Pebbles In The Sand
Definitely Blue
Blues In The Night
Love For Sale
Body And Soul
Add Strings
Solitude
Good-Bye
Posted by By Mark Betcher at 4:20 AM