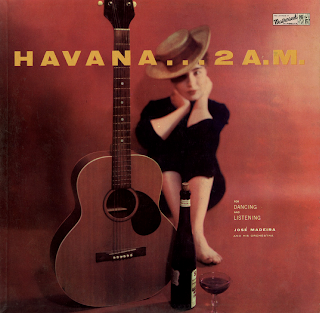 Jose Madeira and his orchestra are one of the best known exponents of Latin American rhythm. Their great success throughout the Caribbean Islands has prompted Masterseal Records to offer their scintillating rhythms to the American public.

Carlos Montoya, a full-blooded Spanish gypsy, was born in Madrid. He was a professional guitarist at fourteen. After serving in the Spanish army in Morocco, he was invited by La Argentina to accompany her during a European tour. He also traveled with Escudero and Teresina. Since the outbreak of World War II, he has spent most of the time in the United States.

Jose Madeira and His Orchestra