After Theatre At The Little Club - Kurt Maier 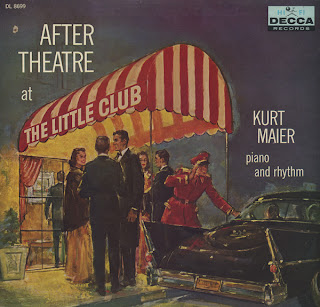 Apparently The Little Club was the first restaurant in America to be mentioned for serving the "Caesar Salad.

All I can think of is that The Little Club was such a popular place that someone at Decca thought that they could sell records based on the name alone. This recording is basic lounge. Usually pressings like this are found on private press or on smaller labels.