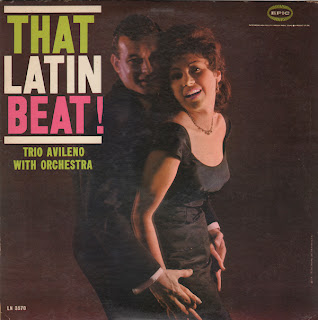 From the back cover: The Trio Avileno was formed in 1951, and consits of Fernado Estenoz and the brothers Miguel and Antonio Medina. Sr. Estenoz was born in Cuba, the brothers in Vera Cruz. Fernando sings first voice, Miguel second, and Antonio the third. It has been their work, as much as anything else, which has helped to popularize the cha-cha in Mexico, and they have attained enormous popularity everywhere, particularly among the younger set.