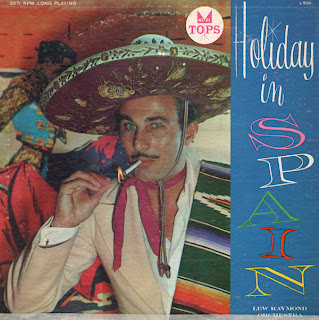 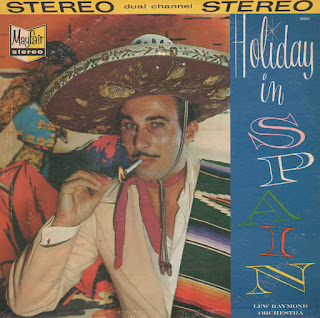 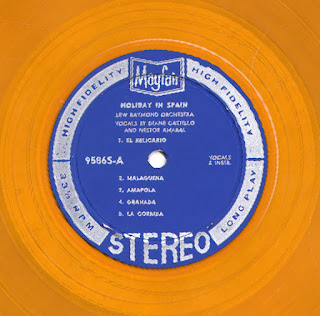 From the back cover: On the podium is the gifted conductor-composer, Lew Raymond, who has written especially for this album the composition, Danza. Mr. Raymond is more than ordinarily qualified to organize and conduct an album of Spanish music. Before the war he led the orchestra at the celebrated Benito Collado's El Chico restaurant in New York's Greenwich Village, accompanying such renowned performers as dancers Argentenita and Vicente Escudero; flamenco guitarists Vicente Gomze and Carlos Montoya; and numerous singers in the Spanish tradition.

I bought the album for the bad habits cover, the image of the blue-eyed model smoking. The music is somewhat traditional with period pop touches. The vocal pieces by Diane Castillo are nicely presented.

The sample "Danaz" is from the TOPS mono issue above, and the sample Amapola is from the Mayfair (colored vinyl) issue in stereo (true stereo separation rather than a reprocessed mono application).