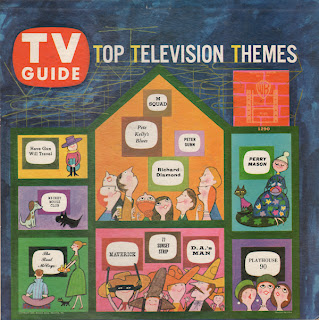 From Billboard - May 18, 1959: This new album, conducted by the same men who made the label's best-selling "77 Sunset Strip" LP, could also turn into a big seller. It contains themes from "Perry Mason," "Peter Gunn," "Pete Kelley's Blues," and other top TV segs, with the swinging ork under the direction of Warren Barker and Frank Comstock. Plenty of display and musical value here.