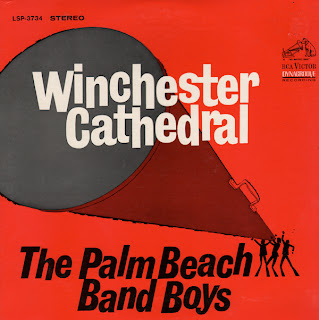 Oddball 60s record by a studio group who attempted to capitalize on the success of The New Vaudeville Band's hit single Winchester Cathedral. Some tracks blend novelty 1920s/30s nasal vocals, apparently sung by an RCA executive who croons while holding his nose and period light pop music.

The arrangements are by Billy (Supersonic Guitars) Mure.
Posted by By Mark Betcher at 6:57 PM