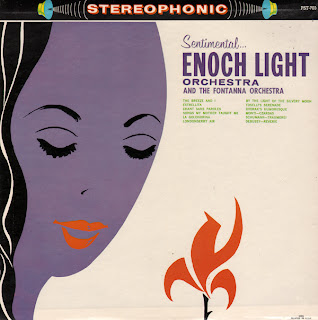 I guess Palace managed to secure the rights to several Light songs and felt that they could legally market an album of older, mismatched off the shelf stuff with Light's name on the cover. Some of the filler isn't even credited to Fontanna. Palace went so far as to rip off the Command jacket graphic style in the hopes that buyers would think that they they were getting the good stuff. Even the Light tracks are no where near his best effort.

Place never lets me down as a budget label.
Posted by By Mark Betcher at 10:01 AM