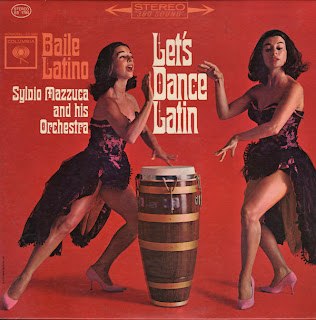 Obscure Columbia release. The only reference I can find for Mazzuca and this record is an ad that Columbia ran in Billboard promoting their "Latin" line in January, 1964.

There is a credit on the back cover for the cover photo which was shot in the "Columbia Photo Studio" by Henry Parker. Apparently Columbia was doing some design work in-house at the time.
Posted by By Mark Betcher at 3:34 AM