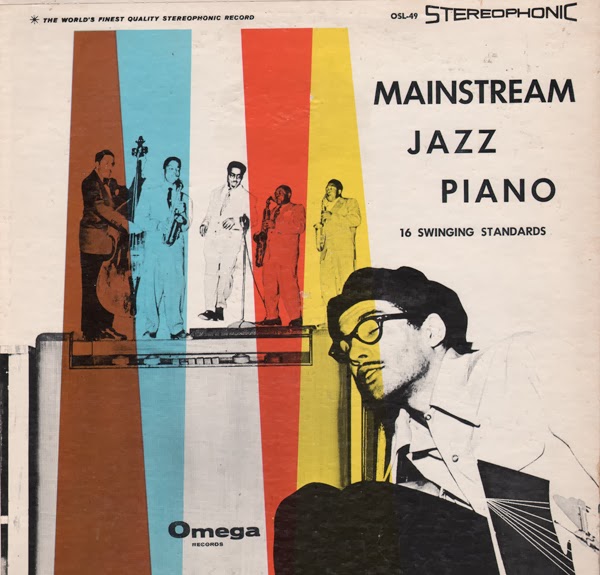 From the back cover: John Evans is Belgian. Born in Antwerp, he took lessons from his woman-down-the-block, but didn't stop there. After the usual amateur bands, he turned professional at 15 with a dance band in Antwerp. At 19 he went to Brussels and worked in nightclubs. In 1951 he joined the Francis Bay Band and played with them when they won the Golden Gondola Trophy in the Battle Of The Bands at Venice. Besides his exciting piano soloing (of which your get a vivid concert here) he also does arrangements for the band.

Reinhold Svensson, Swedish, is blind and learned to play by ear. He is one of the famous musicians in the Scandinavian countries, and his fame has already reached America and Down Deat via one earlier recording released here. He plays mostly in the Putte Wickman band which won first prize, in the Paris Battle of the Bands. Last year he was called to the Swedish Royal Court and played for the king.

What Is That Thing Called Love
Long Ago And Far Away
Too Late Now
All Of Me
Love Walked In
Love Me Or Leave Me
I'll Remember
Tenderly
Posted by By Mark Betcher at 8:17 AM