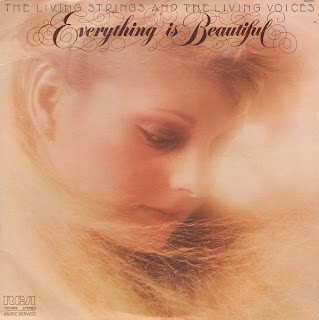 I found another "Voices" album on the stack this morning. In this case, a two record set. Living Voices are yet another guilty pleasure. With one insane exception (Positively 4th Street) the albums are produced as mainstream easy listening. But there always seems to be a gem or two on each record. Usually I'll find a rock/pop song cover that is a tough sell done as easy listening.  This album features a few lounge-like vocal tracks. And the luke warm cover of the Strings Theme From Charlie's Angels can't be overlooked.
Posted by By Mark Betcher at 4:16 AM