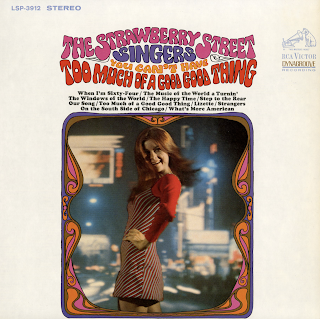 From the back cover: The Strawberry Street Singers' initial album is the result of detailed planning on the part of some of the music and recording world's outstanding writing, arranging and production talents. All have united to blend twenty-five happy voices in a choral group to accomplish the impossible – combine the nostalgia of the past with enthusiasm, verve, and the sound of the present. The end result is an album certain to appeal to all age levels. – Sidney H. Ascher