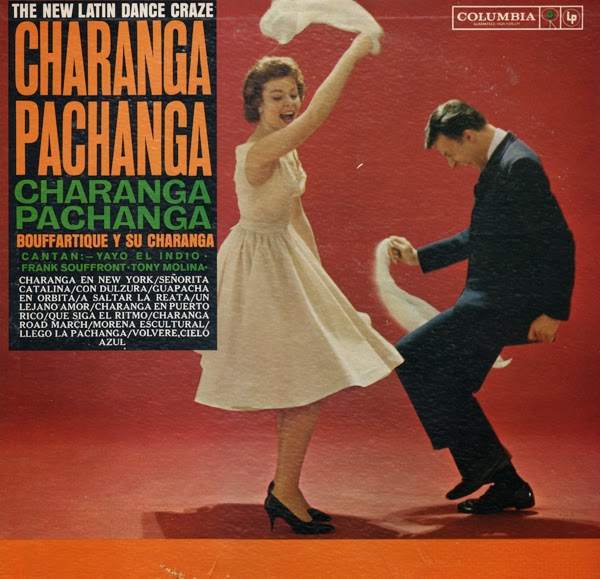 From the back cover: The Charanga is New York's newest Latin dance craze. Charanga means a small band, a typical Cuban orchestra with a prominent flute, a rhythm section and a vocal group. Pachanga means a lively fiesta or party. In 1960 the song "La Pachanga" became a spectacular hit throughout Latin America. It had a new kind of rhythm – like a fast merengue – and people started to do a new step to it. Along with the popularity of "La Pachanaga," the word charanga began to be used in describing the new beat, and the two words are now used interchangeably in the New York Latin music world.

Oscar M. Bouffartique is one of Cuba's best known composers and arrangers. His song "La Burundanga (Witchery) sold over half a million copies. Bouffartique spent his early years in the Cuban countryside, where he absorbed the native rhythms so evident in his compositions. At the early age of 11 he had already formed his first charanga. He later studied music and composition, taught music at the Conservatorio Municipal In Havanna and started composing early in his career.

Good and peppy Latin. The sample has a slightly different, and more "exotic" sound than the rest of the set.