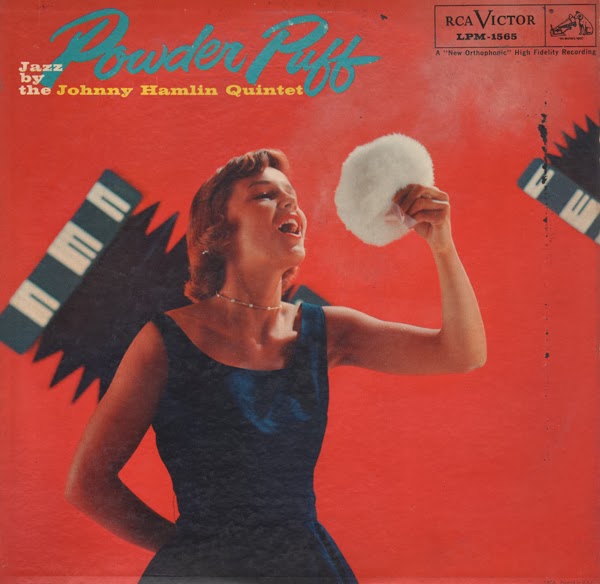 From the back cover: Those who met the Johnny Hamlin Quinete on their previous RCA Victor visit ("Polka Dots And Moon-Beams," LPM-1379) need not be told how successfully this group has drawn a variety of sounds and colors from the thirteen instruments played by its five members. With the quintet's return in this aptly titled second volume, it may be timely to acquaint your more closely with its versatile members.

Johnny Hamlin was born May 19, 1921, in San Diego, California. He studied accordion privately, worked locally and in Los Angeles, served with the Air Force in Iceland and England during World War II. He began doubling on piano in 1949 and the next year formed a quintet, of which Kenneth Earnest is the only remaining member.

Although the combo has spent much of its time in and around Chicago, there have been many months of road travel, coupled with the frustration of being booked opposite rock-'n'-roll and comedy groups. Through it all Johnny, maintaining the musical integrity, decided to "sell jazz in a more commercial form and possibly pave the way for a better appreciation of the truly great artists of our time by creating a larger audience… We have tried to keep our things on a fairly simple basis, not trying so much for a complex harmonic structure but using rather fundamental ideas of more of a swinging nature."

Kenneth Earnest, who plays bass and tuba is another San Diegan, born January 17, 1925. After earning degrees in accounting and music at San Diego State College, he worked with big bands in the area, play in a U.S. Army band and jobbed locally with small combos before joining Hamlin.

Art Mooshafian, Jr., whose instrument include trumpet, valve trombone and baritone horn, was born March 18, 1928, in Los Angeles and was a music major at Compton Junior College. After serving with the U.S. Infantry band in Hawaii and Korea, he worked around Los Angeles before joining Hamlin in 1954.

Charles McFadden, newly added to the group since its previous album, is a Chicagoan, born January 31, 1926. After majoring in music at the University of Illinois, he played with big bands in the Illinois territory, taught music and served in the U.S. Air Force band. Joining the quintet a few months ago, he showed almost limitless instrumental capabilities; among his media are clarinet, baritone and tenor sax, piccolo and flute.

Donald E. Hamernik, the drummer, was born October 11, 1926, in Fond du Lac, Wisconsin, He attended the Boy Knapp Percussion School, served in the U.S. Army band and with Chicago territory bands, then joined Hamlin in October 1955.

The quintet earned an early helping hand from Lionel Hampton, whose communicative enthusiasm helped to produce its first booking. Though Hamlin's "Pied Pipers" average some 20,000 miles a year on the road, they have occasionally sat down long enough to earn a few TV credits, from an Arthur Godfrey talent scout victory in New York to the Al Jarvis Show in Los Angeles.

– Leonard Feather, Author of The Book Of Jazz and The Encyclopedia of Jazz

Powder Puff
Blue Mascara
Strange Perfume
Sweet And Lonely
Oh! Look At Me Now
Ain't She Sweet
Hello Beautiful
Shari
You Stepped Out Of A Dream
At A Perfume Counter
You're A Heavenly Thing
Pancake
Posted by By Mark Betcher at 7:17 AM