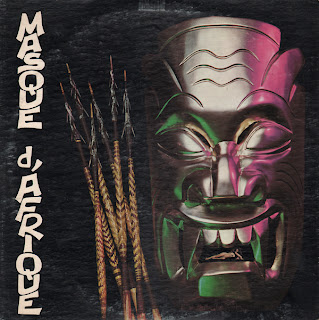 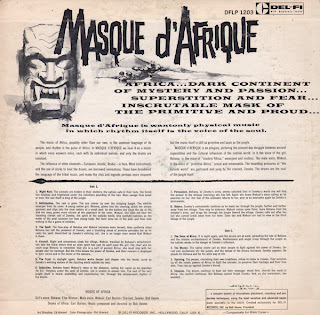 Here's one of the more inventive "exotica" period albums that I've unearthed. I would call this a concept album. Bob Keene composed and directed the music. Keene blended what seems to me to be African and "Voodoo" pop influences that were emerging in music during the late 50s along with jazz, some Yma Sumac sound-alike voices and what I might term a "beat" feel which may account for the repetitive and hypnotic effect of the entire record.

Generally, I would post only a sample. But this recording needs to be heard in full. There are  additional postings of this album online if you are looking for the album broken down into tracks.
Posted by By Mark Betcher at 3:21 PM