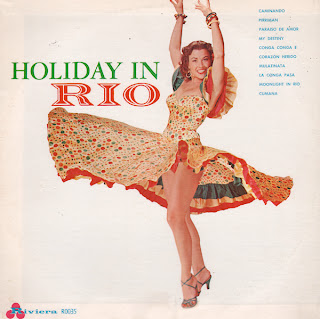 Budget studio release featuring a colorful cover. The record may also have been released on Crown. The tracks are being sold online under the Crown label by a company that seems to have digitized the entire Crown catalog even if the pressing was creatively mediocre when originally released.

The music on this album is small combo lounge Latin that, for the most part, doesn't match the cover model's sparkle.
Posted by By Mark Betcher at 6:47 AM