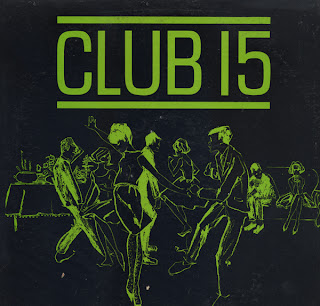 Club 15 was a construct of The Campbell Soup Company. Club 15 was an "exercise club" for teenage girls. A former olympic gymnast and coach, Muriel Davis Grossfeld was contracted through a New York advertising firm, BBD&O to travel the country visiting schools and teach exercises to teenage girls.

I think the album was made in 1968 or 69 or shortly after Muriel did coaching chores for the U.S. Women's Gymnastics Team came back from Mexico City. Read more here.
Posted by By Mark Betcher at 7:43 AM