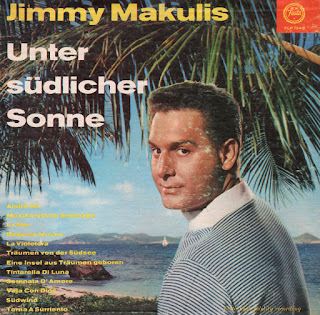 My Reverie - The Three Suns 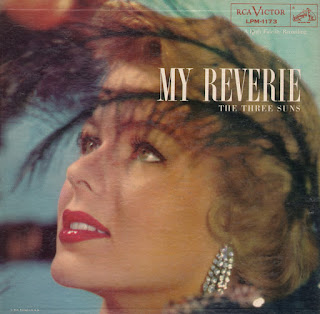 The harpist, Marga Hanson, played a big part on this set and is not credited on this reissue of the 1952 10 inch release titled Twilight Moods (RCA LPM-3012). A reason can be found in a 1954 obituary found online. Marga Hanson McKenna died at the age of 24 after an "illness of two months".

The Three Suns invented a rich early 50s small combo sound which was made great on this set by Hanson's session work.

A Taste Of Honey & Other Mariachi Hits - The Fantabulous Brass 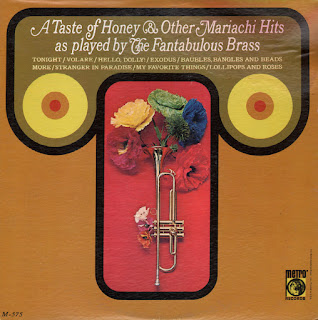 One of the many budget brass albums released at the time. With only a small studio group to work with, the engineer help fatten the sound by pushing the bass guitar level up on most of these tracks to help fatten the sound. The effect produced a bit of a jazz edge which helped sell the set.

A Taste Of Honey
My Favorite Things
Stranger In Paradise
Tonight
Exodus
Baubles Bangles And Beads
Hello Dolly
Volare
More
Lollipops & Roses
Posted by By Mark Betcher at 11:59 AM No comments: