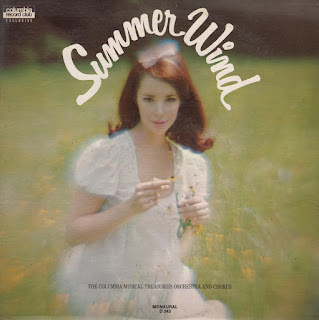 California Dreamin'
I Will Wait For You
Summer Wind
A Man And A Woman
Unforgettable
Daydream
What The World Needs Now Is Love
Music To Watch Girls By
Love Me With All Your Heart
The More I See You
Go Away Little Girl
Canadian Sunset
Posted by By Mark Betcher at 4:04 AM 2 comments: 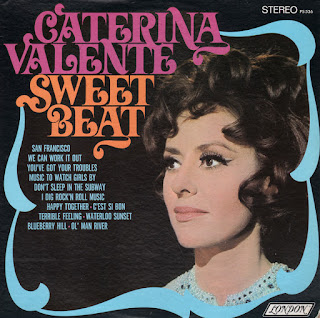 From the back cover: A trait of a great artist is versatility; and Caterina Valente is one of the most versatile performers of our time. Italian, French, Spanish and English are second nature to her, her repertoire of music knows no limit.

We Can Work It Out
You've Got Your Troubles
Music To Watch Girls By
Ol' Man River
San Francisco
Blueberry Hill
Don't Sleep In The Subway
C'est Si Bon
Waterloo Sunset
Terrible Feeling
I Dig Rock And Roll Music
Happy Together
Posted by By Mark Betcher at 3:23 AM No comments: 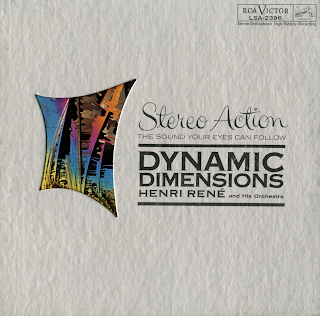 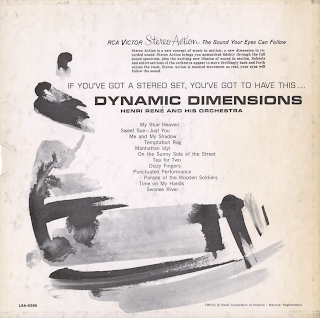 A solid mood set from Rene augmented with ping-pong effects borrowed from stereo effects library used by Enoch Light (Command). There are a number of creative tracks on the set including the cool sample tune (above), Punctuated Performance, which features a lively driving bass line,

From the inside sleeve: Not only is this the first Stereo Action album for Henri Rene, but it is also the first Stereo Action project recorded in RCA Victor's newest and most up-to-date recording studio: Studio C in New York City. This is truly a Stereo Action studio in the most literal sense. Certainly, no recording studio in the world can more fully handle the technical needs of RCA's new sound-in-motion recording technique. Right at his finger tips, engineer Bob Simpson has full control of a massive three-track mixing panel, containing twelve microphone inputs that can be switched into any channel of the Ampex 300-3 three channel tape recorders at will. An additional fourth channel is incorporated into the mixing console to handle the unique sound-in-motion, moving pickup of Stereo Action. "C" can accommodate, within its physical environment, any spatial requirement call for by the arranger.

My Blue Heaven
Sweet Sue – Just You
Me And My Shadow
Temptation Rag
Manhattan Idyl
On The Sunny Side Of The Street
Tea For Two
Dizzy Fingers
Punctuated Performace
Parade Of The Wooden Soldiers
Time On My Hands
Swanee River
Posted by By Mark Betcher at 5:18 AM No comments: