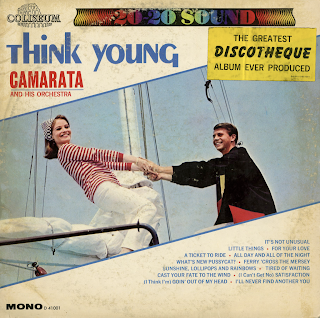 It's Not Unusual
For Your Love
I'll Never Find Another You
A Ticket To Ride
All Day And All Of The Night
(I Can't Get No) Satisfaction
Sunshine, Lollipops and Rainbows
Little Things
(I Think I'm) Goin' Out Of My Head
Cast Your Fate To The Wind
Tired Of Waiting
Ferry 'Cross The Mersey
What's New Pussycat?
Posted by By Mark Betcher at 7:31 PM