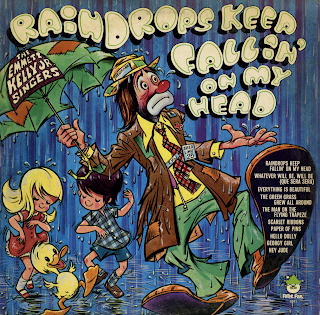 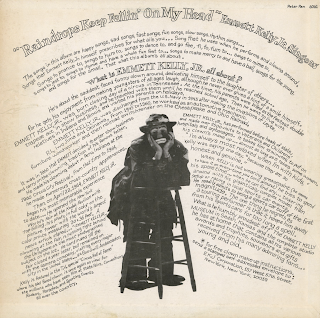 From the back cover: What is Emmett Kelly Jr. all about? He's about the saddest faced clown around, dedicating himself to the laughter of others... for he gets his enjoyment from making youngsters of all ages laugh, although he never ever gives a hint of a smile himself. Emmett Kelly Jr. was born closing day of a circus in Tennessee. At the time, his parents were billed as the fastest double trapeze act in show business, and he traveled with them until he reached school age. Then he went to live with relatives in Indiana and Illinois and visited his parents on holidays.

Emmett Kelly Jr. was discharged from the U.S. Navy in 1945 after making the invasion of Leyte,

P.I., Iwo Jima and Okinawa. From 1945 to 1960, he worked as an automotive mechanic, furniture woodworker and then railroad switch tender on the Chesapeake and Ohio Railroad.

It was in 1960 that Emmett decided to enter show business and carry on the clowning debut in Peru, Indiana at the 1960 Circus City Festival. From that time to 1964 He made numerous appearances.

Then on April 22, 1964, Emmett Kelly Jr. began his most memorable experience to date... He opened the New York World's Fair at the Kodak Pavilion with top billing, his photo in full color on the picture tower with the world's largest color prints measuring 30 x 36 feet. A news article stated... "Emmett Kelly Jr., clowning around at the Fair, is running right behind the Unisphere as the most photographed subject on the lot. He continued till the fair closed a year later, but remained on with the camera company, visiting every major city in the United States... as Goodwill Ambassador.

Raindrops Keep Fallin' On My Head
The Green Grass Grew All Around
Georgy Girl
Scarlet Ribbons
Hey Jude
Everything Is Beautiful
Whatever Will Be Will Be
Paper Of Pins
Hello Dolly
The Man On The Flying Trapeze
Posted by By Mark Betcher at 3:53 PM