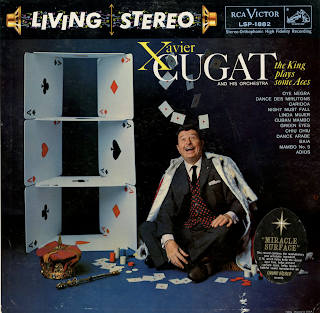 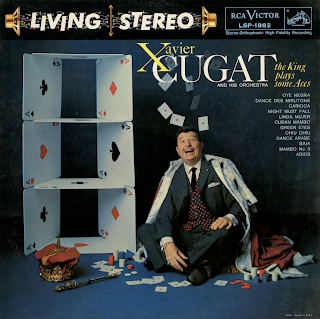 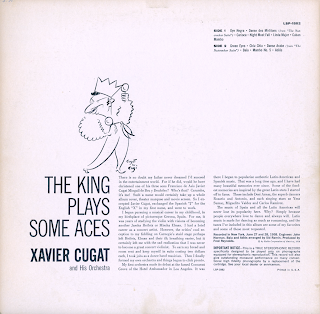 From the back cover: There is no doubt my father never dreamed I'd succeed in the entertainment world. For if he did, would he have christened one of his three sons Francisco de Asis Javier Cugat Mingall de Bru y Deulofeo? Who's that? Caramba, it's me! Such a name would certainly take up a whole album cover, theater marquee and movie screen. So I excerpted the Javier Cugat, exchanged the Spanish "J" for the English "X" in my first name, and went to work.

I began pursuing a musical career in childhood, in my birthplace of picturesque Gerona, Spain. Fo me, it was years of studying the violin with visions of becoming another Jascha Heifetz or Mischa Elman. I had a brief career as a concert artist. However, the critics' cool reception to my fiddling on Carnegie's staid stage perhaps left Heifetz, Elman and their ilk breathing easier, but it certainly left me with the sad realization that I was never to become a great concert violinist. To earn my bread and room rent and keep myself in suits costing two dollars each, I took jobs as a dance band musician. Then I finally formed my own orchestra and things began to click pronto.

My first orchestra made its debut at the famed Cocoanut Grove of the Hotel Ambassador in Los Angeles. It was there I began to popularize authentic Latin-American and Spanish music. That was a long time ago, and I have had many beautiful memories ever since. Some of the fondest memories are inspired by the great Latin stars I started off to fame. These include Design Arnaz, the superb dancers Rosario and Antonio, and such singing stars as Yma Sumac, Miguelito Valdez and Carlos Ramirez.