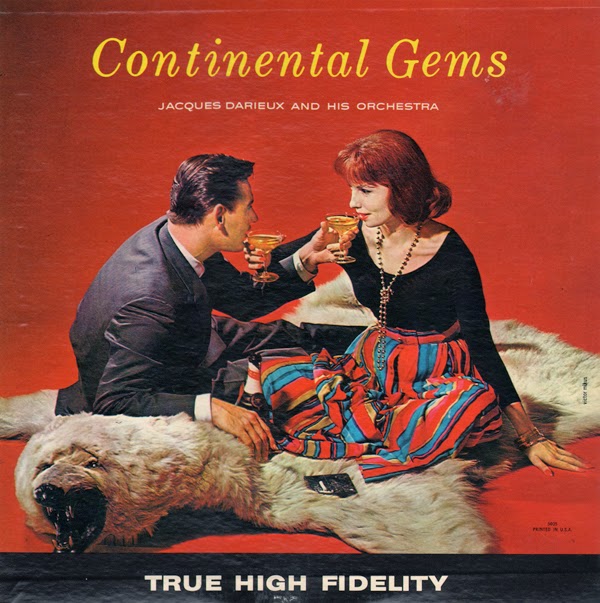 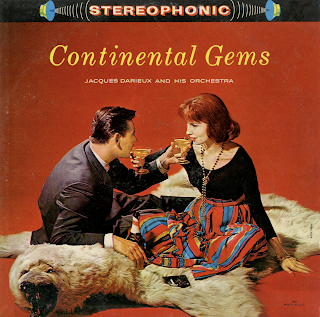 This is a gem of a cover on this budget LP, photo credited to Victor Mikus.

From the back cover: Jacques Darieux started his musical education at the age of seven. By the time he reached his twelfth birthday, he undertook the study of composition. This however, was done against the wishes of his parents as never desired to have their son become a musician. However, the outbreak of World War II postponed the decision, but in a strange way confirmed his desire to become a musician.

Spending some time in a Russian prison camp, he organized his own orchestra among the talented internees which by the end of 1948 consisted of twenty musicians.

Upon his discharge and return to Berlin, he continued his musical education and re-organized his orchestra for performances as well as recording sessions.

Solveyo's Song
Mattinata
Traumerei
Pavane
Poeme
Monti Csardas
Schbert's Serenade
Have Pity With Me
Humoresque
The Music Box
Posted by By Mark Betcher at 7:12 AM