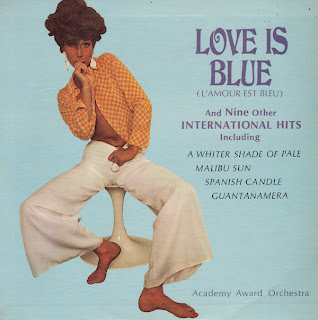 The music is cobbled together from other sources. I recognized a tune titled Malibu Sun which is found on Guitars Galore and credited to Monty Kelly. Even though the record appears to be a collection and reissues from 101 Strings LPs it's sort of fun.
Posted by By Mark Betcher at 8:26 PM