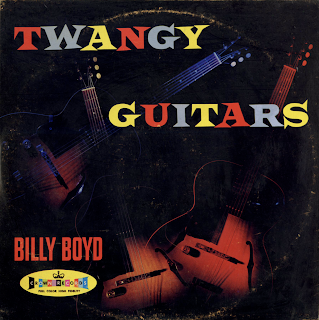 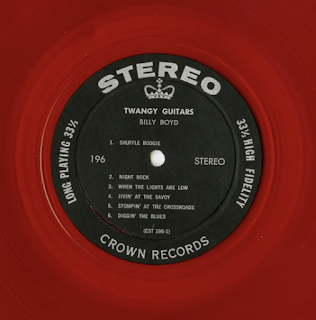 From the back cover: As a tad, he used to sit and stare, fascinated at the Mississippi.

The mighty silver-grey ribbon that slashes through thousands of American Miles whispered then spoke, finally shouted... "Get on your walkin' shoes boy... the world's awaiting.

Billy Boyd got the message.

Took to the road.

Saw the parched, dry loveliness in the South-western states.

Lingered by the cool, blue-green lakes of Wisconsin.

New York City's noise and confusion scared him. But he struck it out for awhile.

Along the way he picked up a guitar. Didn't study. Just took it up in his big hands and played it.

And all his knocks and good-times... all his misunderstanding of what make a man tick, from then on, came out of the gut-strings of that guitar.

Some people call the kind of stuff Billy plays hillbilly. Some – rock & roll. To others, it's rockabilly.

We call it "soul" or "this is what it means to me" music.

And because the lusty, rollicking rhythms mirror, without distortion, the many faces of our great nations.

Time to listen to a young and virile giant. A hardy man who loves his work.