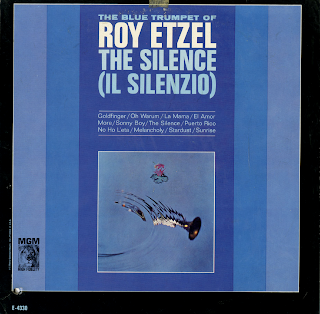 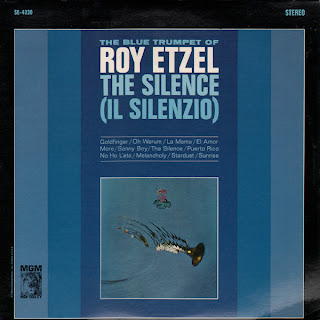 From the back cover: Roy Etzel, who is known in his native Germany as "Mister Trumpet." has most enviable international reputation. His first MGM album (and incidentally his first LP to be released in the United States) reflects that very same international flavor with music from a variety of countries from around the world.

Also from the back cover: Roy Etzel first moved into a professional trumpet career in 1947 when Kurt Edelhagen invited the young trumpet player to join his most successful big band. Roy left school to appear with the Edelhagen aggregation and soon became a favorite of the band's fans. After his stint with Edelhagen, Roy formed his own small combo and went on a very successful tour of the Continent. He visited France, Sweden and Switzerland.

Returning to Germany, Roy accepted a most attractive offer by Max Gregor to join his group. With Gregor, Etzel got to be known in even more European countries and also scored a sensation in the Soviet Union. It was soon after this that his recording of Jenny became the talk of the Continent. This led to his joining Hugo Strasser for a multiple of TV appearances. – Notes by Barbara K. Votens