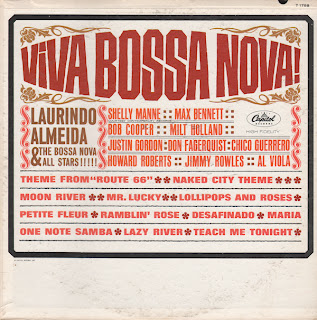 Super tight work by Almeida who was invited to the United States in 1947 by Stan Kenton. He played for Kenton's band during the height of it's success in the 1940s. He won Grammy Awards for his work in 1959, 61 and 65.
Posted by By Mark Betcher at 8:59 AM