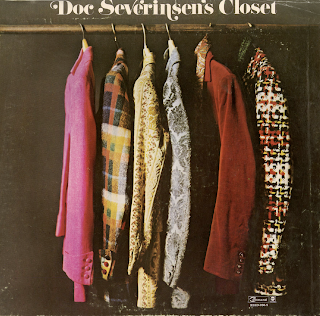 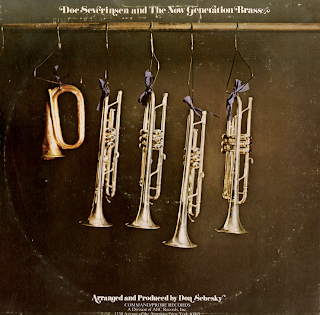 From Billboard - July 4, 1970: Doc Severinsen is a flashy trumpeter with a dynamic musical style. His range is wide and sure as attested to in this album which runs the gamut from the Beatle to Bela Bartok. The package was tastefully arranged and produced by Don Sebesky.

The Court Of The Crimson King
Bottleneck
Surfer Girl
Give Me Just A Little More Time
Footprints Of The Giant
Power To The People
Abbey Road Medley
Posted by By Mark Betcher at 8:22 PM