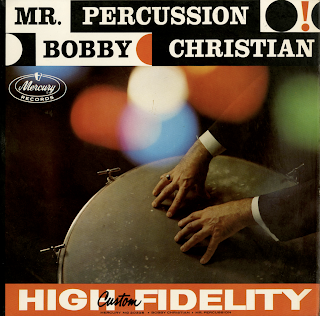 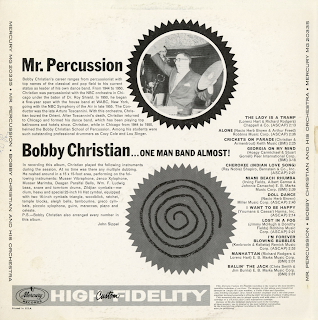 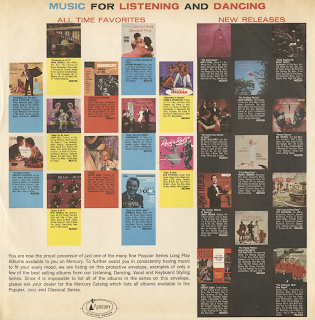 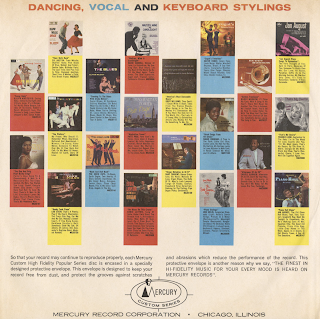 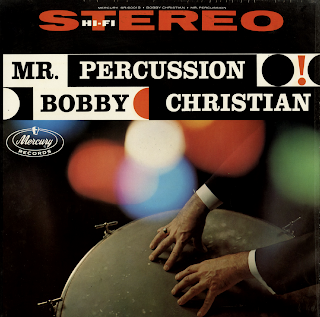 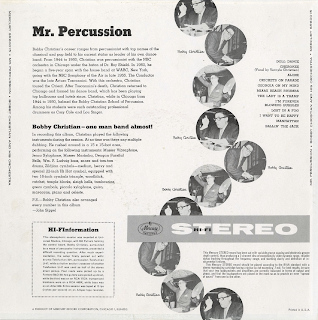 From the back cover: Bobby Christian's career ranges from percussionist with top names of the classical and pop field to his current status as leader of his own dance band. From 1944 to 1950, Christian was percussionist with the NBC Orchestra in Chicago under the baton of Dr. Roy Shield. In 1950, he began a five-year span with the house band at WABC, New York, going with the NBC Symphony of the Air in late 1955. The Conductor was the late Arturo Toscannini. With the orchestra, Christian toured the Orient. After Toscannini's death, Christian returned to Chicago and formed his dance band, which has been playing top ballrooms and hotels since. Christian, while in Chicago from 1944 to 1950, helmed the Bobby Christian School of Percussion. Among his students were such outstanding professional drummers as Cozy Cole and Lou Singer.

From Billboard - December 22, 1958: A fine show-off exercise in percussion artistry by Bobby Christian, who plays everything from xylophone to tom-toms in the dozen arrangements of this album. Tunes range from one of his own penning, "Crickets On Parade," to ballad evergreens like "Georgia On My Mind." It's bound to delight percussion fans, and Christian's switches between his group of instruments are unbelievably fast. He's nicely backed by a small ork.

The Lady Is A Tramp
Alone
Crickets On Parade
Georgia On My Mind
Cherokee (Indian Love Song)
Miami Beach Rhumba
Doll Dance
I Want To Be Happy
Lost In A Fog
I'm Forever Blowing Bubbles
Manhattan
Ballin' The Jack
Posted by By Mark Betcher at 6:38 PM