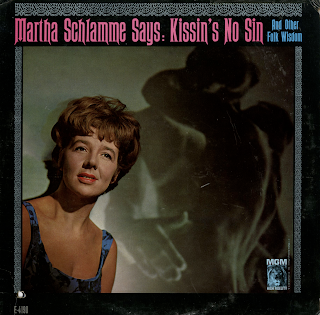 Robert DeCormier, musical director of the Robert DeCormier Folk Singers, is among the most-respected and in-demand arranger/conductors in the field. He majored in voice and was graduated by Juilliard with a Master's Degree. He taught music for six years at the high school or the Little Red Schoolhouse, then was musical director for Harry Belafonte for three years. He formed the Belafonte Folksingers, touring with them and making records. He wrote incidental music for the play, "The World Of Sholem Aleichem", and composed two songs for the Broadway production of "The Wall." Two years ago he was musical director for the series "Around The World In Song," for the BBC in London.

Kissin's No Sin
I One Was A Maid
Moon Above Me
The Cruel War
Crow On The Cradle
Because I Were Shy
Put The Moon In The Dust Bin
Aldermaston To Trafalgar Square
Man With A Microphone
The Dove
Come A Landsman
Pull Off Your Old Coat
Highland Lad
Turn Around
Johnnie Lad
Posted by By Mark Betcher at 3:35 PM