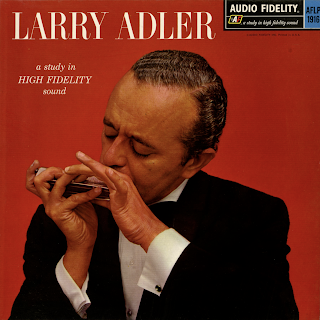 From the back cover: I am not now, nor have I ever been a jazz musician. This does not disbar me, happily, either from liking jazz or from the pleasure of making music with jazz musicians.

Which immediately reminds me of a story. In 1934 I was engaged to play a solo in a film called "Many Happy Returns" for Paramount. My fee for the solo was to be $300 and even in 1934 that kind of money for a movie salary was hardly considered princely.

When I reported to the 2nd assistant director, which was all that my $300 rated, he told me that my scene would take place in a radio studio – my, my, that does date me, doesn't it – and that my solo would be accompanied by Guy Lombardo and His Royal Canadians.

I said that I didn't happen to like the music of Mr. Lombardo.

The 2nd assistant director said he was not asking for my likes or dislikes, he was telling me what I was going to do.

That, to use a British idiom, put my back up and I flatly refused. I was then ushered into the Presence, which is to say the director, to whom my fracas with 2nd assistant director was reported. The director told me to stop being a damned fool and to do as I was told. I still refused and so I was fired.

The next day I heard from the producer who summoned me to the studio for a talk. He was very patient with me and pointed out the opportunity that was being handed to me, an unknown, in giving me a chance to play a solo in a major film accompanied by a name orchestra. I agreed, but said that I didn't want to play with this particular name orchestra. The producer looked pained by his first encounter with juvenile delinquency (I was 18) and my status as a fired person, remained quo.

Later that week I heard from the secretary of Mr. William LeBaron, then head of Paramount. He wanted me in the office at 9:30 the next morning.

I still do not understand, and I'm not fishing, why so much trouble take over a comparatively insignificant item. Mr. LeBarron was kind and friendly and tried to get me to reconsider. He told me that Mr. L. was getting $40,000 as against my $300 but I remained unimpressed.

"So do I, Larry," replied Mr. LeBarron, "but we can't just go hiring orchestras on your say-so."

I agreed but mention that the Duke was already on the lot, making a film with Mae West, so it shouldn't be too difficult to get him for one day's shooting. Mr. LeBaron suggested that I leave the running of the studio to him. He gave me one more chance to repent my iniquitous ways but I wouldn't do so home I went, no less fired than before.

At midnight the director phoned me.

"Well, you little bastard," he said, "we've got Ellington for you."

They had too. They paid him $5000 for the day to accompany my $300. He wasn't photographed because the whole thing had to be kept secret from Mr. Lambardo. The public never did know that Duke Ellington played my accompaniment but for the kick, for me, remains the same.

Almost everything on this alum is improvisation I say almost everything because we did tend to form a set pattern on "Summertime," say, or "Funny Valentine." But we play "How High The Moon" differently each time and while the pianist is consistently good I am less predictable.

No two takes of any title were very much the same, even on "Summertime" and even on my own composition, "Genievieve." The latter is the title waltz in the film, "Genevieve," for which I wrote the score. Bragging is permitted when a soloist writes his own sleeve notes so I will tell you that my music for "Genevieve" was nominated for an Academy Award award. It was beaten out by the score of "The High And The Mighty" by Dmitri Tiomkin and I don't believe there's any such person as Dmitri Tiomkin. The whole thing was fixed, that's what I think.

Let me call "Le Grisbi" to your attention. This too, is film music, from a French gangster film called "Touchez Pas au Grisbi." Even if you got straight A's in French you are liable no to know what that means. It is Montmartre argot and means, in effect, "Lay off the dough." My first record of "Grisbi," in 1953, won the Grand Prix du Disque, making me the first American artist to get this prize. The melody is by Jean Wiener, who was once half of a famous piano team called Wiener and Doucet and who claims to have introduced American jazz to Europe after the 1st World War. His "Grisbi" is, to me, one of the best blues since that "St. Louis" one.

You will notice that the tunes, except for "Genevieve" and "Grisbi" date from the 30s and 40s. Few musicians today are attracted by the meretricious product that passes for music in this Age of the Gimmick. For full details consult your local Hit Parade.

So, on this one album, Rodgers and Hart are represented four times with "The Girl Friend," "My Funny Valentine," (we play the verse twice – once as a piano and once, to end the melody, on unaccompanied harmonica.) "This Can't Be Love," and "Little Girl Blue," Les Freres Gershwin with tow melodies from "Porgy and Bess," "Summertime" and the wonderfully evil seduction them of "There's A Boat Leavin' For New York.' Cole Porter also twice with "Love For Sale" and "Begin The Beguine," Arlen and Ellington with one each, "Blues In The Night" and "Sophisticated Lady."

Every one of the songs just mentioned have lyrics fashioned by men who respected the English language and I wish that I could sing them on my harmonica. I think that the harmonica is, in fact, a singing instrument but it does tend to mess up its consonants.

One last bit of memory. The first time that I ever played the "Porgy And Bess" melodies was at a party in Beverly Hill. The hostess sang "Summertime" in a lovely delicate soprano. I played obligates and at the piano we had George Gershwin.

I should mention that Mr. Gershwin and I were in hot competition for the attention of the soprano. She, not unaware of this, had purposely invited us both and had thoughtfully installed a recording machine by the piano. She recorded the whole evening and I must say I'd like to hear those records again. You, on the other hand, (where I have a blister) want to know how that competition come out, don't you?

From Billboard - November 9, 1959: Larry Adler, certainly one of the finest and most versatile of harmonica player, has a set of standards styled in quality renditions. He also includes some of his own material. They are played soulfully over excellent piano, trumpet, bass and drum support. It's a highly programmable item. Tunes include "My Funny Valentin," "Little Girl Blue" and "Grisbi." His wide range of expression includes overtones of jazz, pop and classical influences.

How High The Moon
Blues In The Night
Girl Friend
Love For Sale
My Funny Valentin
Gribi
This Can't Be Love
Summer Time
There's A Boat Leaving
Sophisticated Lady
Little Girl Blue
Genevieve
Begin The Beguine
Posted by By Mark Betcher at 2:01 PM