The Best Of The Movie Themes 1970 - Enoch Light 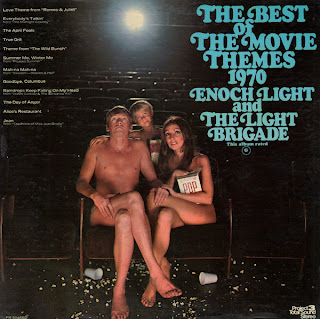 This whacky cover image is probably poking fun a the MPAA rating system which took effect in 1968 and was updated in 1970.

The album is a bit uneven in approach. There are some cool tracks that you expect to hear on a Light album and some with vocals that seem out-of-place in the mix.
Posted by By Mark Betcher at 6:50 PM