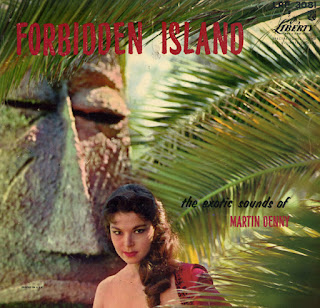 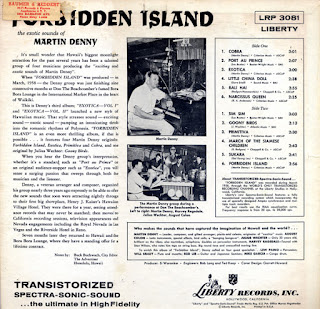 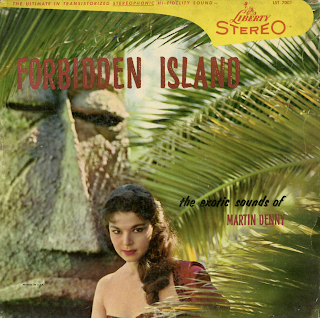 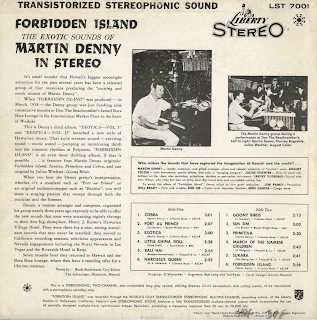 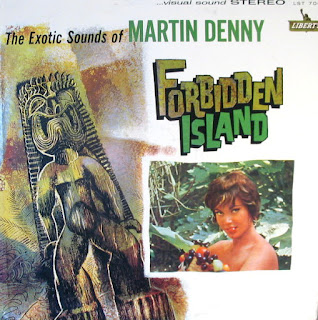 There were two different cover designs for this Denny release, one for mono (top image) and, apparently, two for the stereo release.

The stereo cover (bottom image) is printed on foil which is an expensive process requiring a extra run through the press first to print a white ink base to support the subsequent four color run.

This Denny set is one of my favorite "exotica" releases.