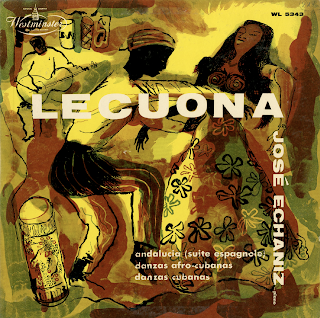 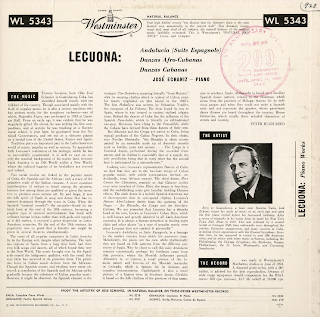 From the back cover: Born in Guanabacoa, a town near Havana, Cuba, Jose Echaniz began his study of music at an early age and gave his first piano recital before his fourteenth birthday. After a series of triumph in his native land, he made his New York Town Hall debut in 1927. This was followed by a second recital at Carnegie Hall, then nationwide tours throughout the country, European engagements, and many concerts in Cuba, including eleven appearances with the Havana Symphony. Since that time, he has appeared in recital in over 200 American cities, and as soloist with many major orchestras, including the Philharmonic, the St. Louis, Minneapolis and Cincinnati Symphonies.