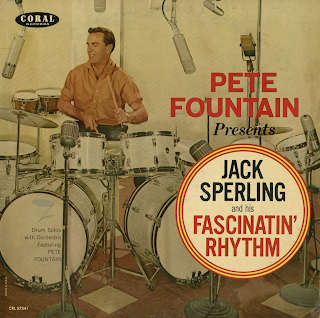 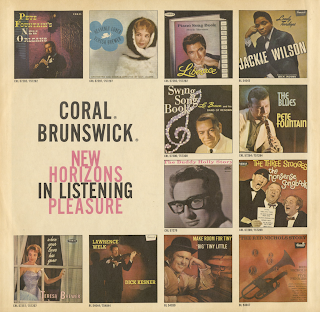 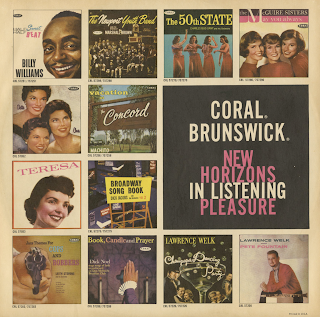 From the back cover: On each of the previous Pete Fountain albums for Coral the propelling factor at the drums has been Jack Sperling. It is not inappropriate, then, that such a basic and yet highly important integer be showcased with a special spotlight. And to add color, special arrangements were written, and a hand-picked group of musicians rounded up for the occasion. Don Bailey, who has appeared with Pete on at least one of his albums for Coral, and who is a Kenton big band alumnus, did the arrangements. Pete told me, gleefully, that after "Bags" has completed a couple of arrangements for the date he brought them in to Bud Dant and said, "Give me some more to do, man; my chops are fine!" Which, (in musicians parlance) usually refers to physical condition in playing, and more specifically embouchure; but in this case it was the arranging ideas that were flowing easily; and as you will hear, the results were as colorful and direct as Bagley's speech.

Rounding out the rhythm section and comprising the rest of the basic a quartet with Pete and Jack are pianist Stan Wrightman and bassist Morty Corp – both veterans of the jazz scene and no strangers to recording dates with Pete and Jack.

It's something of a tribute to Jack Sperling that I can't tell you minute biographical details about him. After I'd had a chance to give an advance dub of the album a listen we chatted long-distance (I here in New Orleans and he in Hollywood) and in my enthusiasm for the music I had heard and in discussing it I forgot to ask him where he was born, which shoe he ties first, how he likes his eggs (or if he even likes eggs!) and all that jazz. This we know: that he was with the Glenn Miller band that Tex Beneke took on the road right after World War II; that subsequent to that he became Les Brown's drummer and held that chair for several years on a steady basis, eventually relinquishing it to accept a position as staff drummer at NBC, but still working with Les on the Bob Hope TV shows. Needless to say he's an experienced, talented and swinging drummer; and if you can corner him long enough between duties, recording dates, etc., I'm sure he'll be glad to fill you in with additional personal data...

From Billboard - February 13, 1961: This happy, swinging set features Pete Fountain along with drummer Jack Sperling and musicians Stan Wrightsman, Bill Russelton and Conrad Gozzo, in a group of jazz classics. The tunes include "Sing, Sing, Sing," "Hawaiian War Chant," "Wire Brush Stomp" and "Big Noise From Winnetka." They are played with the usual Pete Fountain sparkle. Fountain is on clarinet and he's backed smartly by the combo. Album could be a big seller.