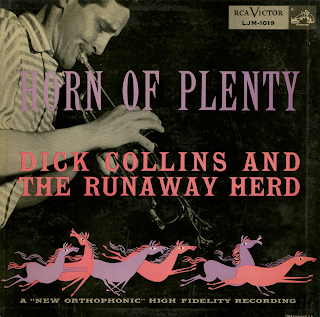 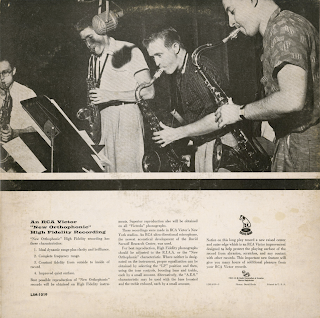 From the inside cover: The "Runaway Herd" which Collins fronts in these recordings is, for the most part, made up of members of the Woody Herman band – only alto saxist Med Flory and tenor man Al Cohn are not of that aggregation. It would, indeed, be difficult, if not impossible, to assemble a more swinging sax section than that which includes, in addition to Flory and Cohn, the remarkable tenor stylists, Bill Perkins and Dick Hafer, and baritone specialist Jack Nimitz – all of whom blow delightfully throughout the proceedings. Nat Pierce contributes several engaging bits on piano, and the drumming of Chuck Flores – a protege of Shelly Manne's – is at all times both solid and lightly ringing.

The arrangements for these sessions are the work of Pierce and Cohn, each of whom contributed six.

I'd Know You Anywhere
Angel Eyes
Tricky Dick
Stairway To The Stars
Very Shifty
Just As You Are
The Long Night
What A Little Moonlight Can Do
My One And Only Love
No Soap!
Why Was I Born
Please Don't Talk About Me When I'm Gone
Posted by By Mark Betcher at 6:23 AM