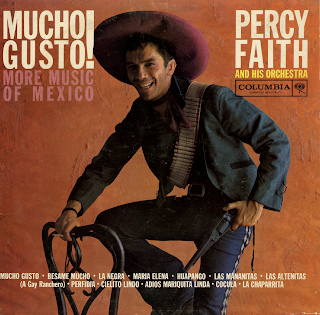 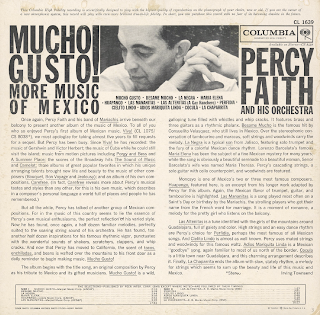 From Billboard - August 7, 1961: Percy Faith's arranging talent with Mexican music is once again in evidence here. A few years back, his collection titled "Viva!" was a strong seller. This encore album likewise should fare well. Apart from a vivid, colorful Faith original that opens the program, the other selections all are familiar to varying degrees, including Faith's stylings of "Besame Mucho," "Maria Elena," "Perfidia" and "Cielito Lindo." Strong merchandise.